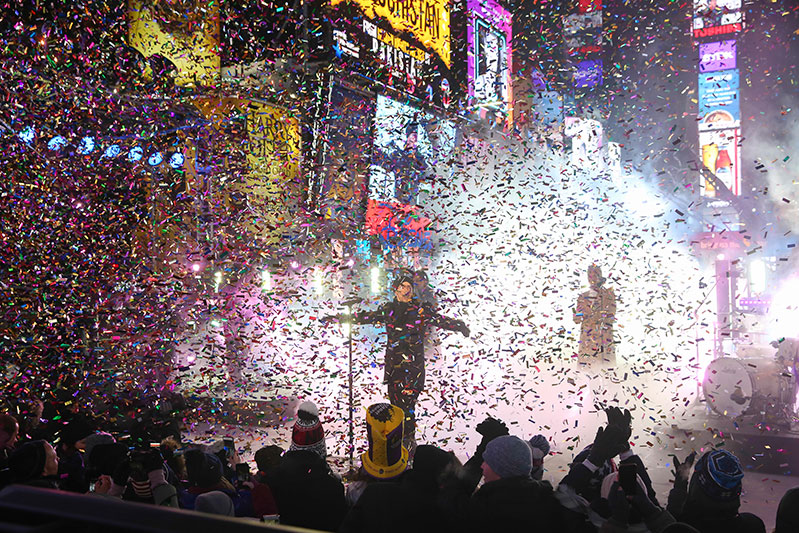 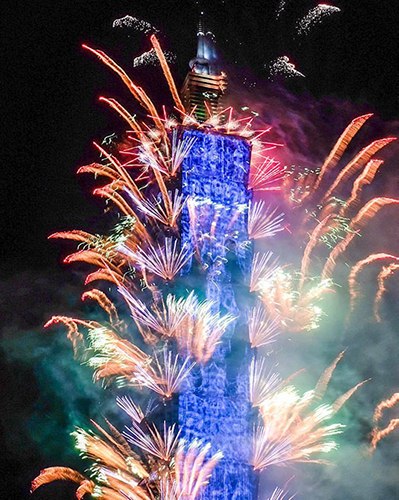 Taiwan welcomes 2018 with magnificent fireworks and an LED light show. The Taipei 101 is one of Taiwan’s iconic towers.

The Taipei 101 entered the new year with amazing fireworks and an LED light show. The brilliant extravaganza was the longest in the Taipei 101 tower’s history. The LED light show consisted of 140,000 LED lights that covered the 35th floor all the way to the 90th floor on the outside of the tower. The fireworks display was six minutes long. The theme of the firework and light show was “Happy Together” the display is supposed to send a hopeful message that happiness and joy will find everyone over the next 365 days. The light display really made the atmosphere of the show more electrifying. Compared to previous years, the show this year had a more extravagant light display which made the celebration more environmentally friendly.

The new year’s eve countdown party and the firework and light show has brought millions of people (both overseas visitors and locals) to the Taipei City Hall Square over the years. 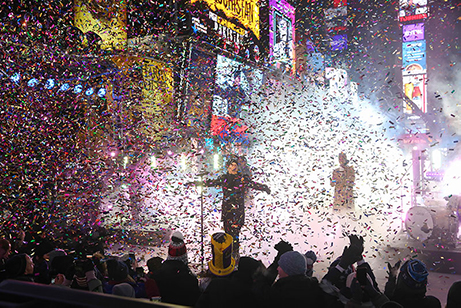 In NYC when 2018 arrived, it was the coldest celebration in 100 years. Every year in Times Square to ring in the new year, there is the famous ball drop with fireworks and confetti. This year, the ball was 3.5 meters in diameter, weighed 11,875 pounds and was covered with 2,688 triangles that changed colors like a kaleidoscope, illuminated by 32,256 LED lights. This is a lot different from when the first ball drop happened in 1907, when the ball was made of wood and iron and decorated with 100 25 watt light bulbs. 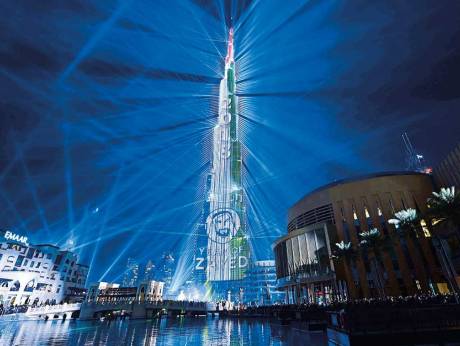 The United Arab Emirates sparkles in the sky are a big deal. The UAE’s beautiful celebrations are always the talk of the town when bringing in the new year. Light Up 2018 at the Burj Khalifa was a magical sight and people got to experience an amazing show. The show set a Guinness World Record for the largest light and sound show on a single building. The 10 minute show had an LED display that consisted of 70,000 LED bulbs and covered 32,467 square metres. It also used 100,000 brackets that were linked smoothly with 55,000 metres of cabling.

Thousands of people came to downtown Dubai to watch the spectacular light show. There were LED lights and fireworks sparkling in the sky. There were so many colors everywhere which created magical and memorable moments for everyone who got to witness it and enjoy a great start to the new year. 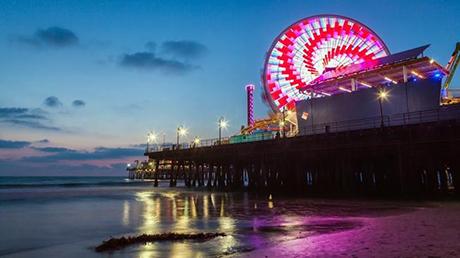 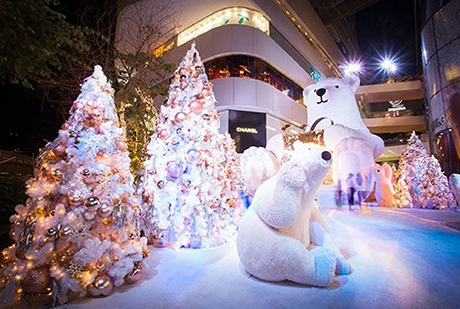 Thailand’s capital Bangkok joins everyone in saying goodbye to 2017 and bringing in the new year with beautiful light displays. They have the Thailand Illumination Festival, on until January 6th, 2018. This festival is inspired by the illuminating garden lighting festival in Japan. The garden lighting festival is currently lighting up a 62,400 square metre plot of land. It has more than 1,000,000 dazzling LED lights.